The service gives you the opportunity to practice your listening and speaking skills or master a foreign language. This is great for language students, who need extra practice outside of the classroom. 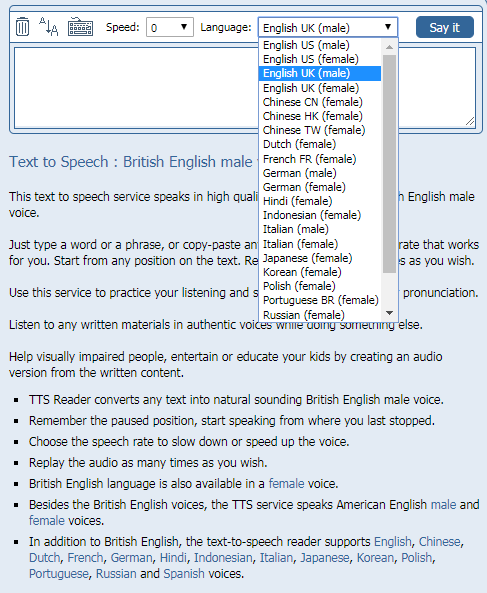 Use ImTranslator speech-enable service, and get your computer talking to you!

If you experience problems hearing the voice, check the status of the Flash Player in your browser.

Some voices are provided in the male and female versions.

First, enter text into the text editor. You can type it in, paste from any application, drag-n-drop or use the virtual keyboard to enter text in the language not supported by your computer. 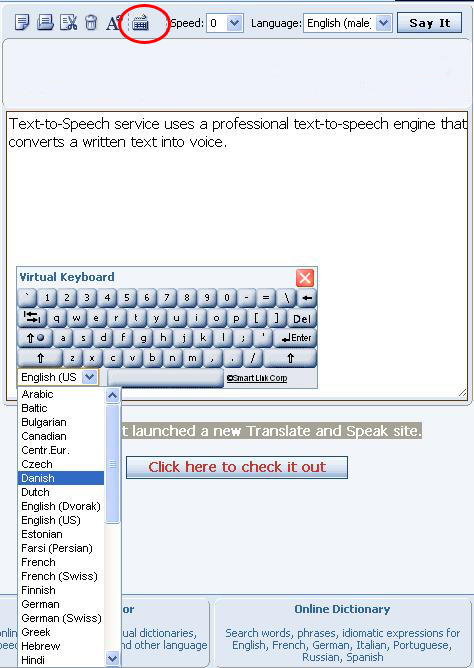 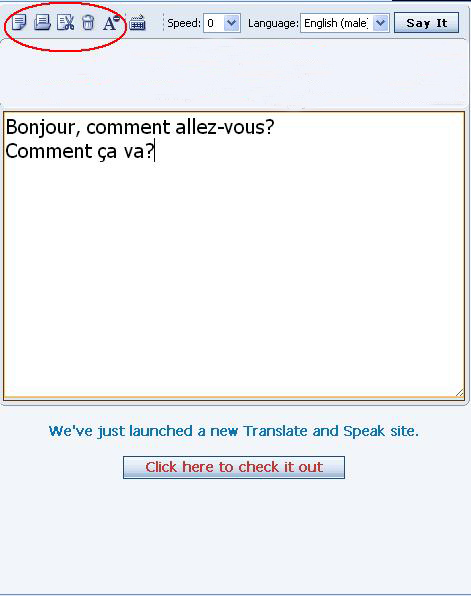 Next, choose the language of the source text from the drop down menu on the toolbar. 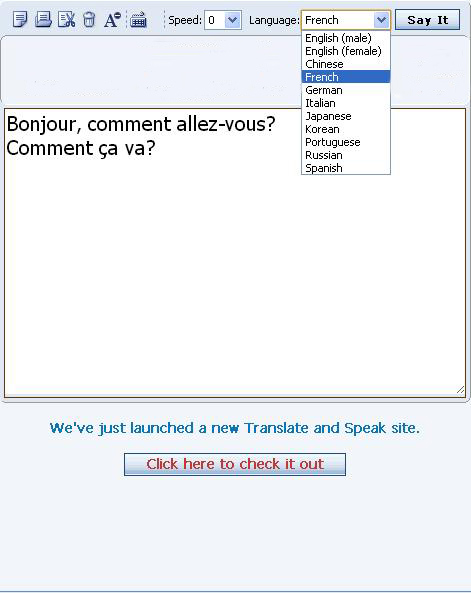 Make sure that the selected language of the voice corresponds to the language of the text you want to listen. It’s not right to choose the English voice to read the French text.

Finally, click the "Say It" button. Now, listen to the text! 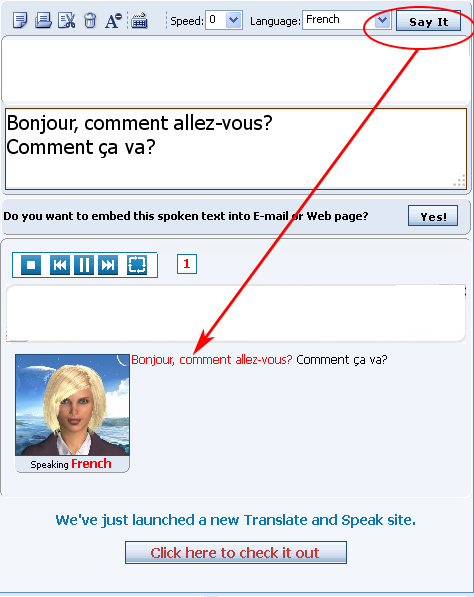 The large text is divided into meaningful segments. The pronounced segments are synchronously highlighted, which makes it easier to follow.

You can replay the text as many times as you wish using the audio player buttons. 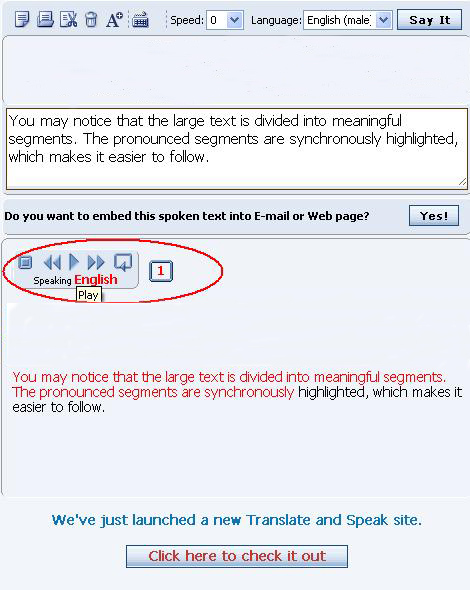 This gives you the opportunity to practice your listening and speaking skills in your own language, or in a foreign language.

If the voice is too fast for you, you can adjust the speed using the Speed drop down menu. 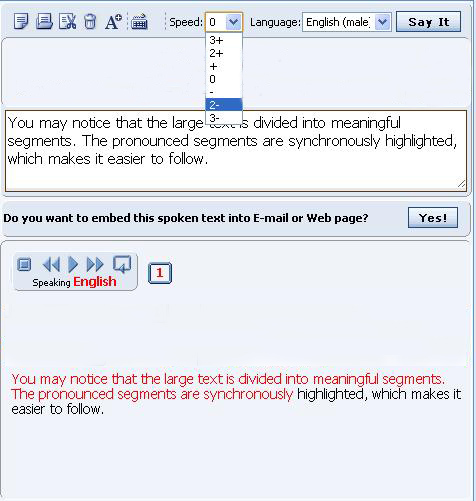 You may want to email a voiced message, or embed the audio links to your website. Just click YES on "Do you want to embed this spoken text into E-mail or Web page?" 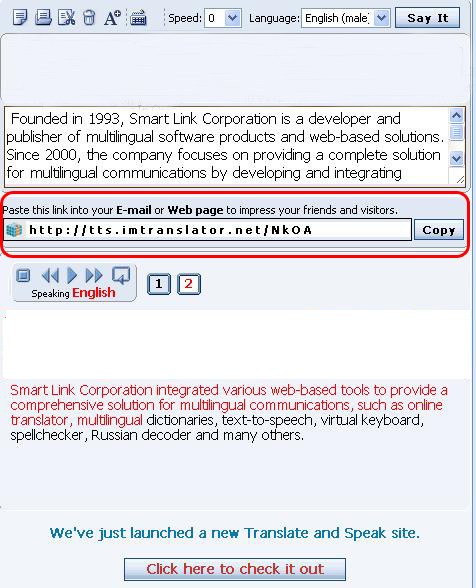 Then, copy and paste the link to an email. Use ImTranslator speech-enable service, and get your computer talking to you!

Phrase of the Day

Could you repeat that?

Could you spell it?

Please write it down

Could you speak more slowly please?

More From How to Say